Between June 25, 2015 and March 22, 2016, odor related input was gathered from 258 participants on 265 sanitation systems in developing countries throughout the world. Sanitation systems were profiled in terms of six subcomponents: the location of defecation (the toilet or latrine), on-site containment, waste transport, waste processing, application of treated byproducts, and the release of untreated waste. Systems were made up of anywhere between one and all six of these components. The degree of, causes of and effects of malodor at each of these stages in the sanitation value chain were investigated. Sanitation systems in 57 different countries were described.  The top three countries represented were India (40 systems), Kenya (32) and Uganda (20). Click on the image to view the full report. 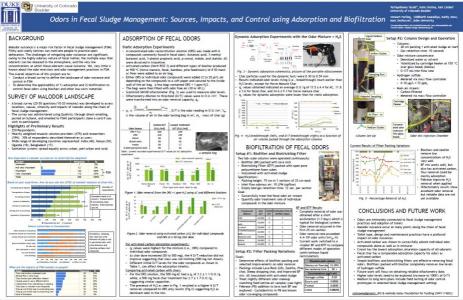 Marc Deshusses presented a poster at the University of North Carolina's Water & Health Conference on October 28, 2015 titled 'Odors in Fecal Sludge Management: Sources, Impacts, and Control using Adsorption and Biofiltration'. Click on the image to view the poster. 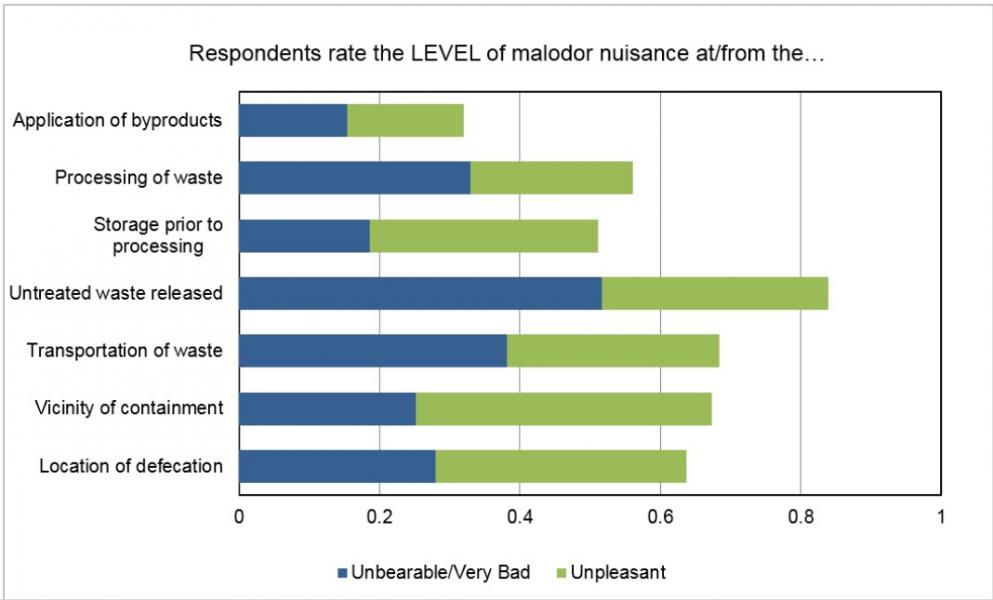 Two odor surveys were designed and implemented to inform research efforts. The first survey was for RTTC (Reinvent the Toilet Challenge) grant recipients and evaluates the extent to which they are experiencing or anticipating malodor issues with their specific technology.  The second survey targeted individuals with first-hand knowledge of sanitation challenges in less developed countries, whether as a user, solution provider or other stakeholder. Data on over 250 sanitation solutions from around the globe has been collected, and a final report is in progress. 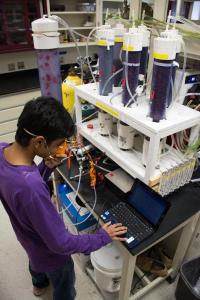 Duke University was awarded a grant to fund a research project titled “Assessing Odor Issues and Control Strategies for the RTTC. (Reinvent the Toilet Challenge)”. The objective of the research is to develop odor control and mitigation solutions for various Reinvented Toilet systems and fecal sludge management technologies to improve the adoption rate of sustainable sanitation services.  Karl Linden, Co-PI at the University of Colorado will lead efforts to evaluate adsorption characteristics of activated carbon and biochar while Duke will focus on bio filtration experiments.