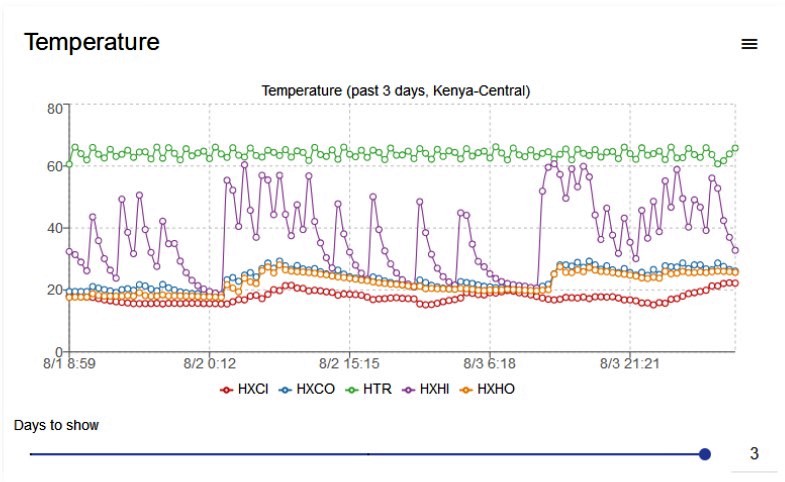 The ADPL's microcontroller delivers temperature and flow data from Kenya in real time. 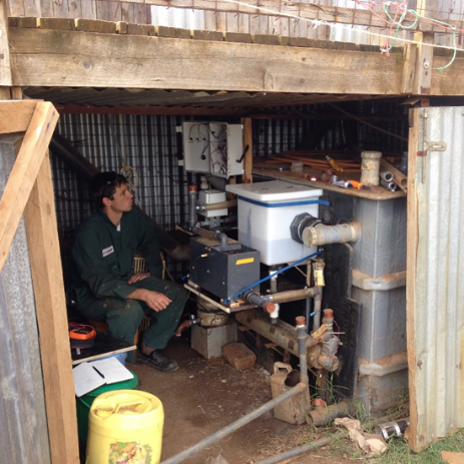 Significant enhancements to the pasteurization system which had been designed and tested in the lab at Duke were installed on two working systems in Eldoret, Kenya in late June. 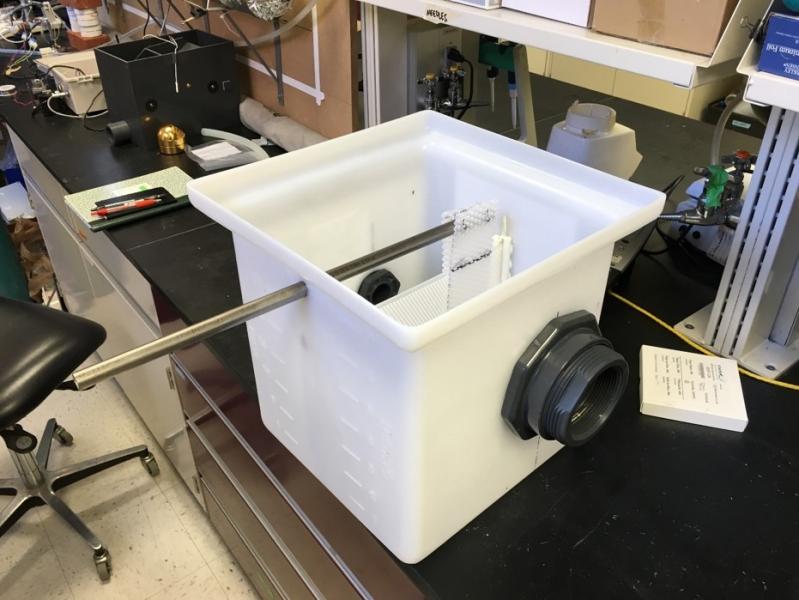 A prototype filter basket designed to prevent clogging in the ADPL is currently being tested with fecal sludge simulant in the lab. The filter basket uses a removable mesh perpendicular to the effluent flow to capture large particles (such as pieces of newspaper) that exit the digester before they can clog the downstream pasteurization system. A handle outside the box allows the mesh to be scraped off without exposing the operator to contact with fecal matter. A ball valve is being added to allow for the occasional flushing of settled solids. 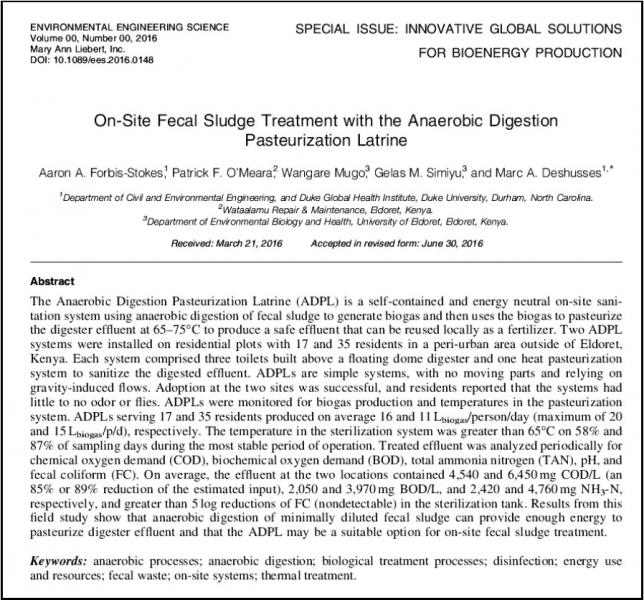 In the special issue 'Innovative Global Solutions for Bioenergy Production', the journal 'Enivronmental Engineering Science' published our paper titled 'On-Site Fecal Sludge Treatment with the Anaerobic Digestion Pasteurization Latrine' in November. Aaron Forbis-Stokes is the primary author. The paper gives a detailed account of the pilot ADPL units in Eldoret, Kenya. It is open access and can be found at: http://online.liebertpub.com/doi/abs/10.1089/ees.2016.0148. 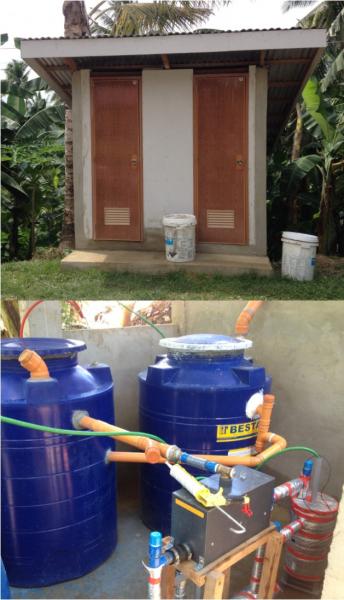 Two new ADPL systems were built and commissioned in the Sagay and Subayon districts of Cebu, Philippines in collaboration with the Tesari Foundation. The new digesters were inoculated, and tipping buckets, solar panels and microcontrollers were installed with the pasteurization systems. Duke environmental engineering student, Nicki Willis conducted on-site research to evaluate social barriers to system adoption. System operation and maintenance will be performed by local residence, with support from the Tesari Foundation and Duke.

Additional system upgrades in Eldoret ~ May, 2016 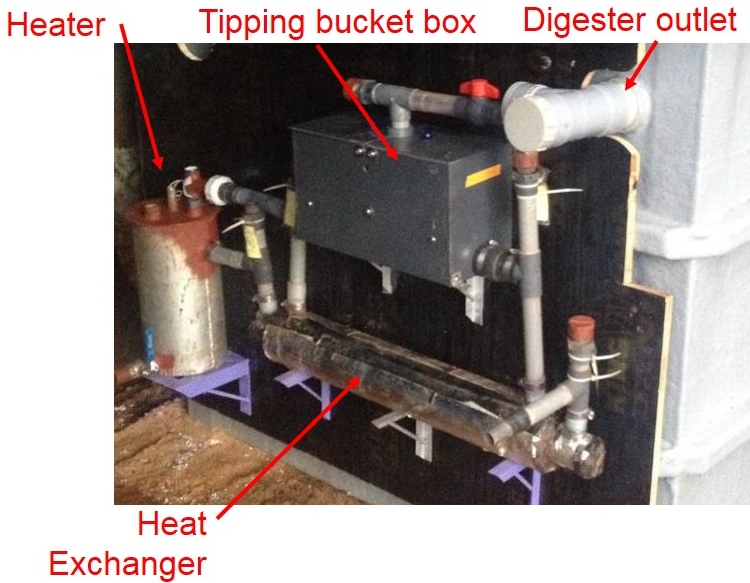 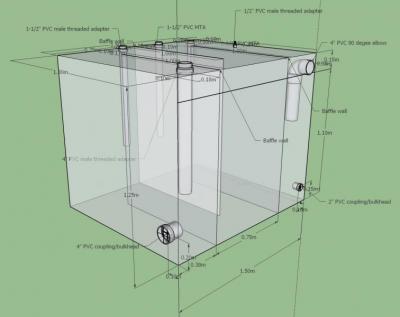 Two fixed dome anaerobic digesters designed by Aaron Forbis-Stokes using computational fluid dynamics were manufactured by Specialised Fibreglass in Nairobi and installed at the Eldoret North and Central sites. The new baffled design will improve average residence times and reduce solids in the effluent stream going into the heater and heat exchanger.  The new digesters have four chambers and sampling ports for taking core samples and assessing solid deposition levels. 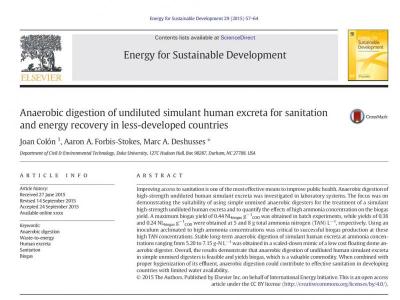 Our paper, 'Anaerobic digestion of undiluted simulant human excreta for sanitation and energy recovery in less-developed countries' was published in the Journal 'Energy for Sustainable Development'. The paper’s lead author is Joan Colón. Aaron Forbis-Stokes and Marc Deshusses are co-authors.

Duke was awarded a new grant to expand the monitoring of existing field units, identify and implement system enhancements and lay the groundwork for expanded field testing. Aaron Forbis-Stokes who has been working on the project for several years will finish his PhD in 2016 and continue his work as a postdoctoral researcher. Kathy Jooss and Brandon Hunter joined the team, Kathy as Project Manager and Brandon as graduate student researcher. 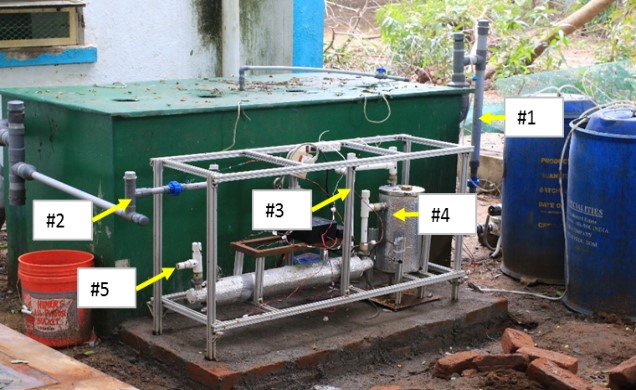 An ADPL processing system was built on the IIT Madras campus for simulated testing of ~50 users. The digester is made up of a fixed dome digester and a floating dome collector in series and is fed with waste diverted from the universities sewer system. Professor Ligy Philip is leading the research in India.  Students from her group monitor the system daily and test samples regularly. 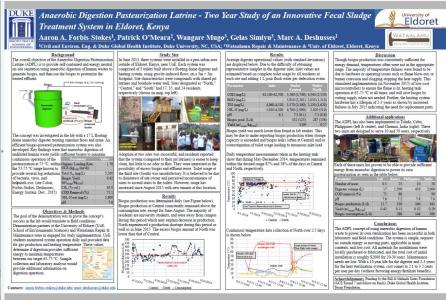 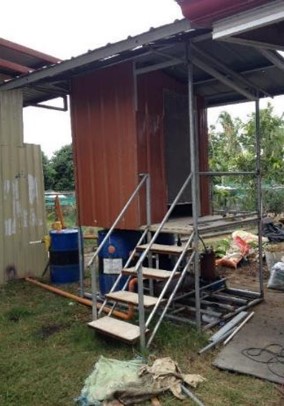 The Tesari Foundation, with help from Aaron Forbis from Duke, built an ADPL toilet at their facility in Toledo City, Cebu, Philippines. The system is designed for about 10 users, but is being used for testing and is being fed with swine waste manure. The digester is made up of two digesters in series, a fixed dome and a floating dome. Rolf Rivera is the local project lead in the Philippines. 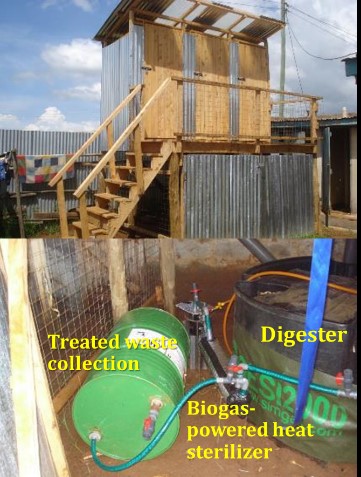 Three ADPL toilets, each with three stalls were built in Sogomo Estate in Eldoret, Kenya.  The Central location has ~35 users, the South location, ~27 users and North, ~18 users. All three use floating dome digesters. Patrick O’Meara is the local project lead on the ground in Kenya. University of Eldoret students assist with daily monitoring and data collection.